Gems are Ruby Libraries, and the gem command is like npm in the nodeJS world. Here are some of the main Gem commands. 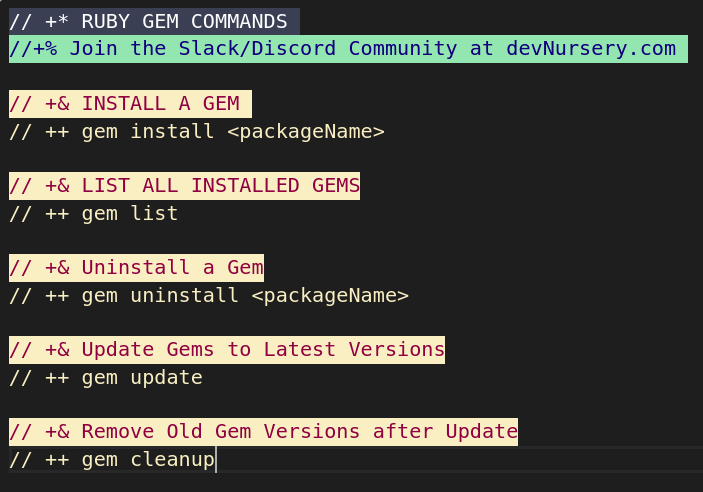 Keeping track of which Gems are used in a project can be tricky. Similar to package.json in Node you have a Gemfile that lists a projects dependencies. With bundler you can make sure all these Gems are installed. 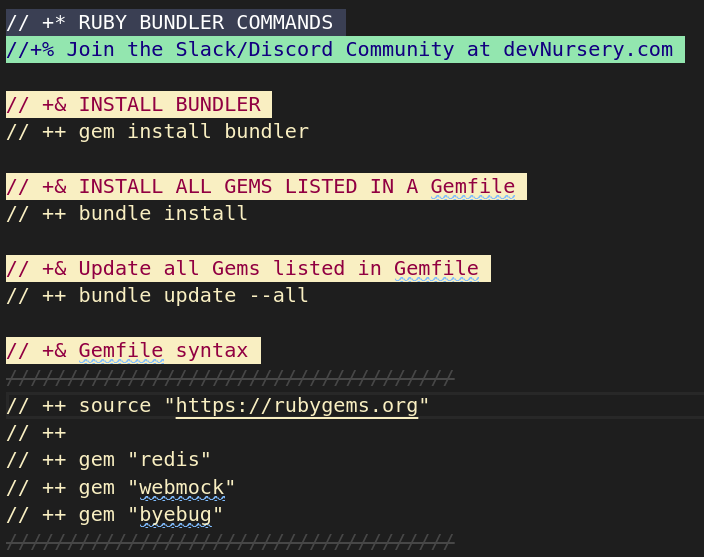 The Ruby on Rails CLI has several commands to make assembling your rails project very easy. Here are some of those commands. 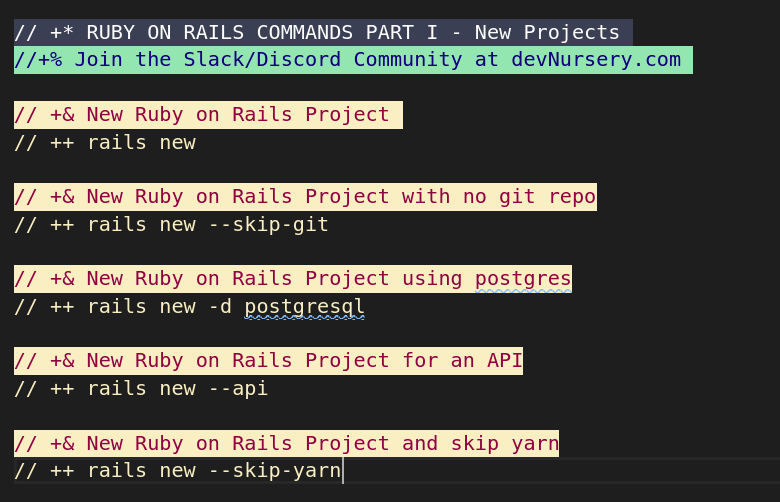 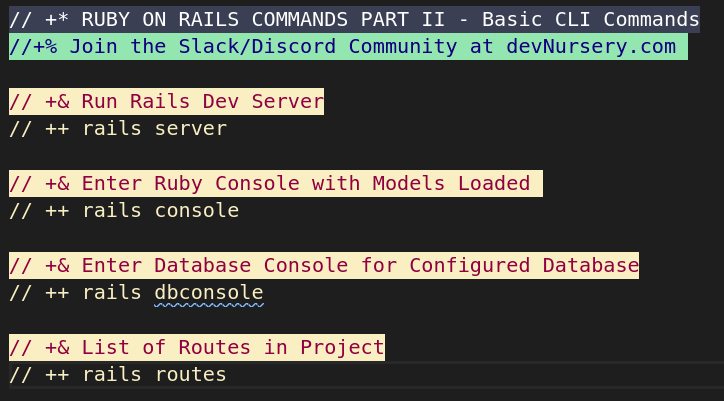 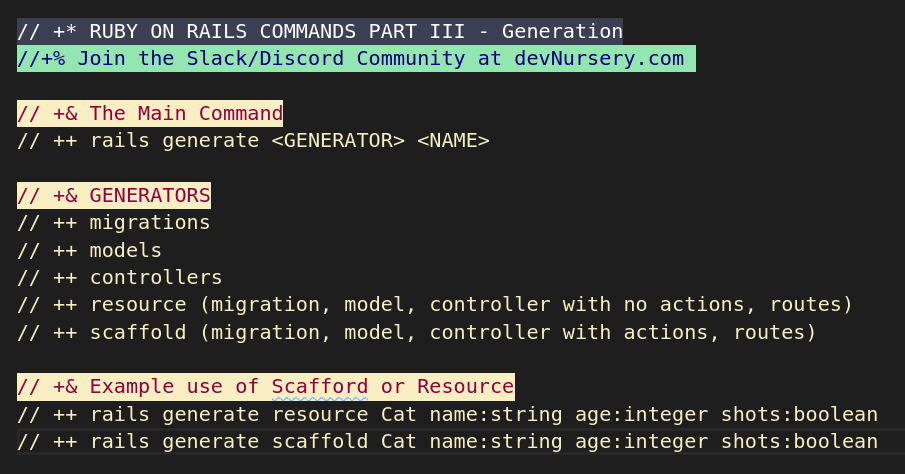 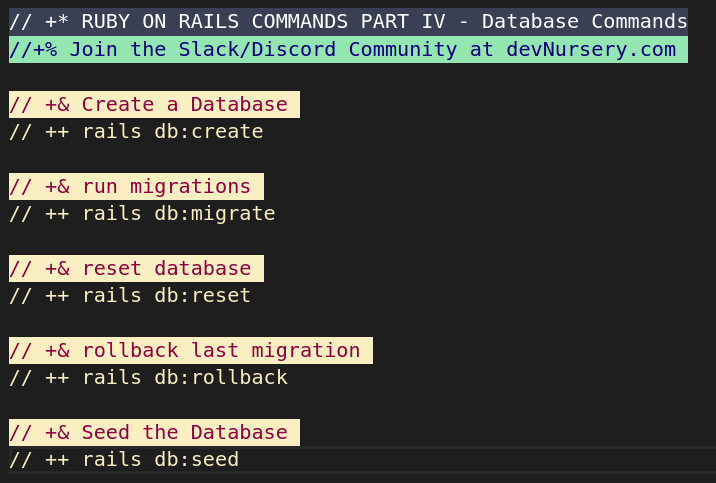 Active Record is the ORM that Ruby on Rails uses to work with SQL databases. When using generator commands you can specify fields and types to quickly generate models and migrations. Here are the many Active Record types. 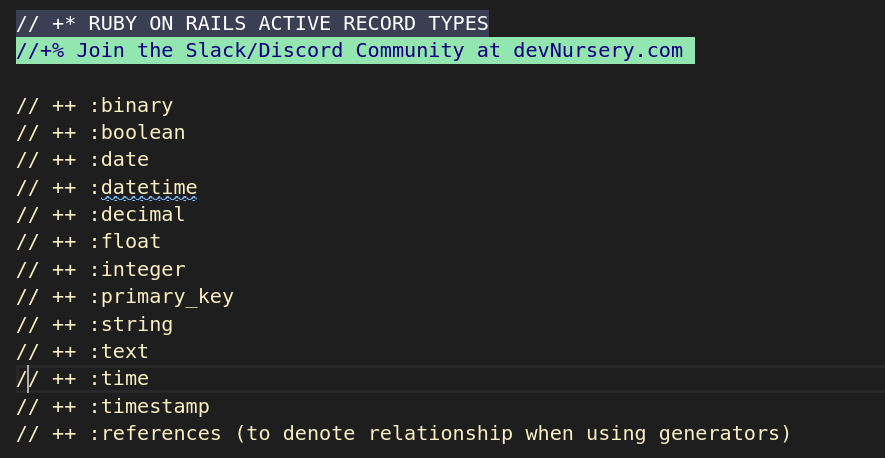 In your models there are several macros that help add features and functionality to your models. 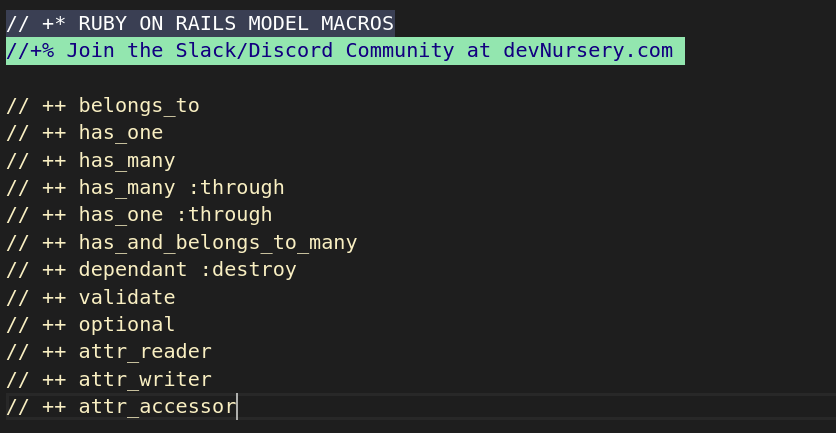